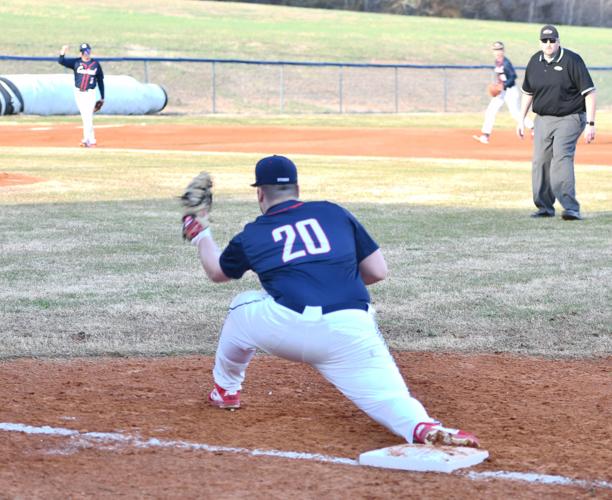 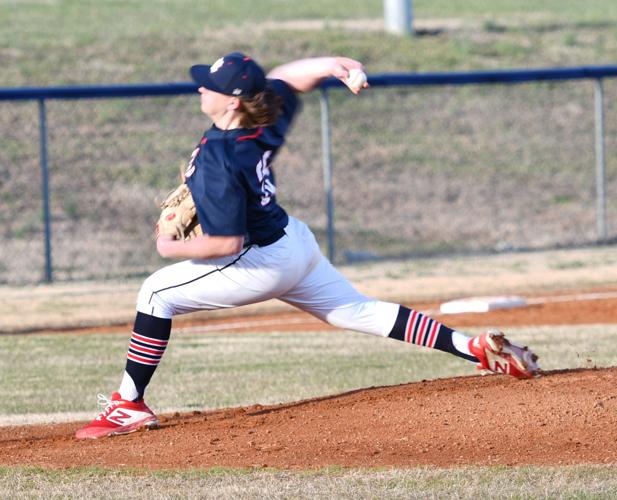 After leading 6-3 after four innings, Hopkins County Central lost their season opener to University Heights Academy last night when the Blazers exploded in the fifth inning, scoring 16 runs to take a 19-6 win. The game however had several bright spots for the young Storm team which included scoring four runs in the bottom of the fourth to take their first lead of the season.

After giving up two in the first and one in the second to go down 3-0, the Storm scored two in the third then rallied in the fourth inning, scoring four to head into the fifth inning up 5-3.

Central’s rally started with 2 outs and no one on base. Chase Brasher got a single and stole second, then scored on a deep double to right field by Sage Hight to tie the game at 3-3. Truman Ballard then reached on an error and Height scored on a wild pitch to give the Storm a 4-3 lead. Tyler McKinney and Jaden Brasher each drew walks to load the bases. Ian Kinkeide followed with a 2 run single to left to score Ballard and McKinney and give the Storm a 6-3 lead after 4.

However, the Storm were not able to hold the Blazer off in the 5th inning and lost 19-6.

Hight gave up three hits through four innings, allowing five earned runs while striking out five. Ballard gave up one hit and six earned runs in a partial inning, while Ian Kinkade allowed one hit and four earned runs. Eli Earl logged one inning on the mound, allowing two hits and one earned run while stroking out two batters.

For UHA Eston Glover led the way going 3-4 with a double 3 RBI’s and 3 runs scored. Jaden Miles picked up the win in relief of Glover who went 3 2/3 innings. Sage Height was the losing pitcher for the Storm going 4 innings and allowing 2 hits and 7 runs of which 5 were earned.

Not your dad's bod: J.J. Watt flaunts his physique as he prepares for fatherhood

LASHOF Class of 2022 took a village to build to success

University Heights improved to 2-0 on the season and the Storm dropped to 0-1. The Storm will be back in action on Thursday night at 5:30 at home vs Todd County Central.