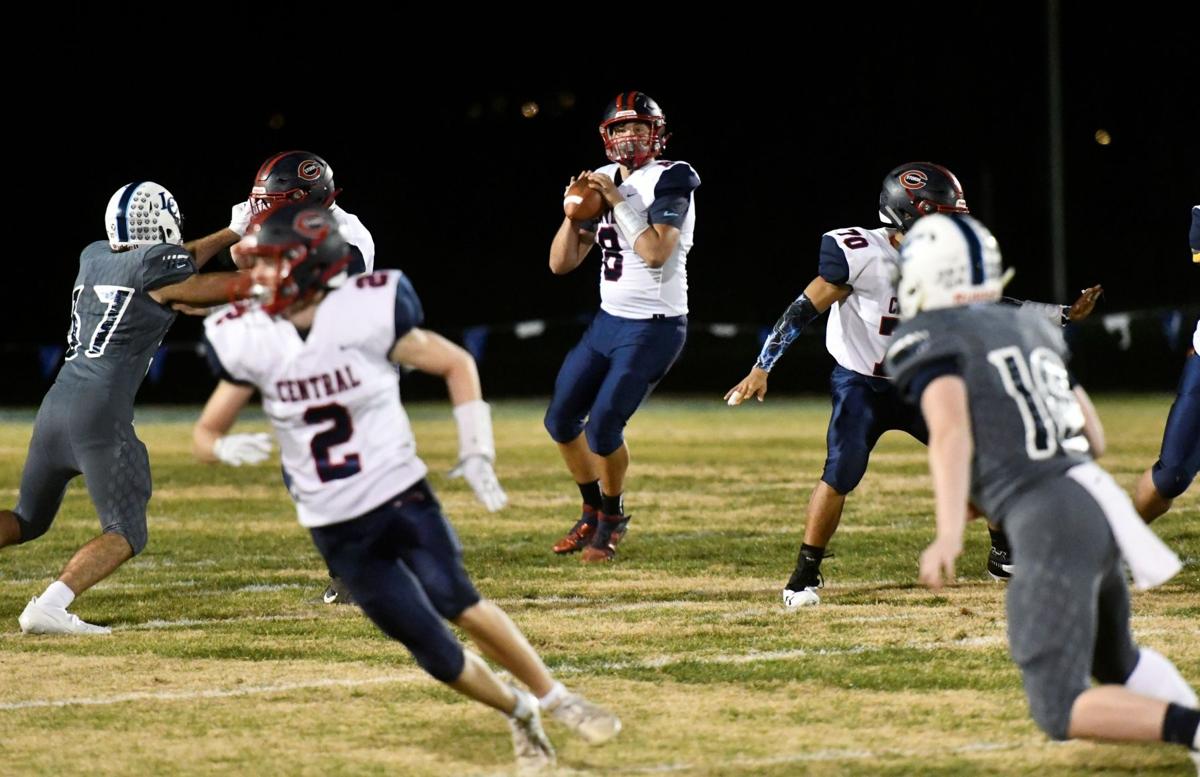 Adrian Stringer drops back in the pocket during Friday night’s loss in Logan County. 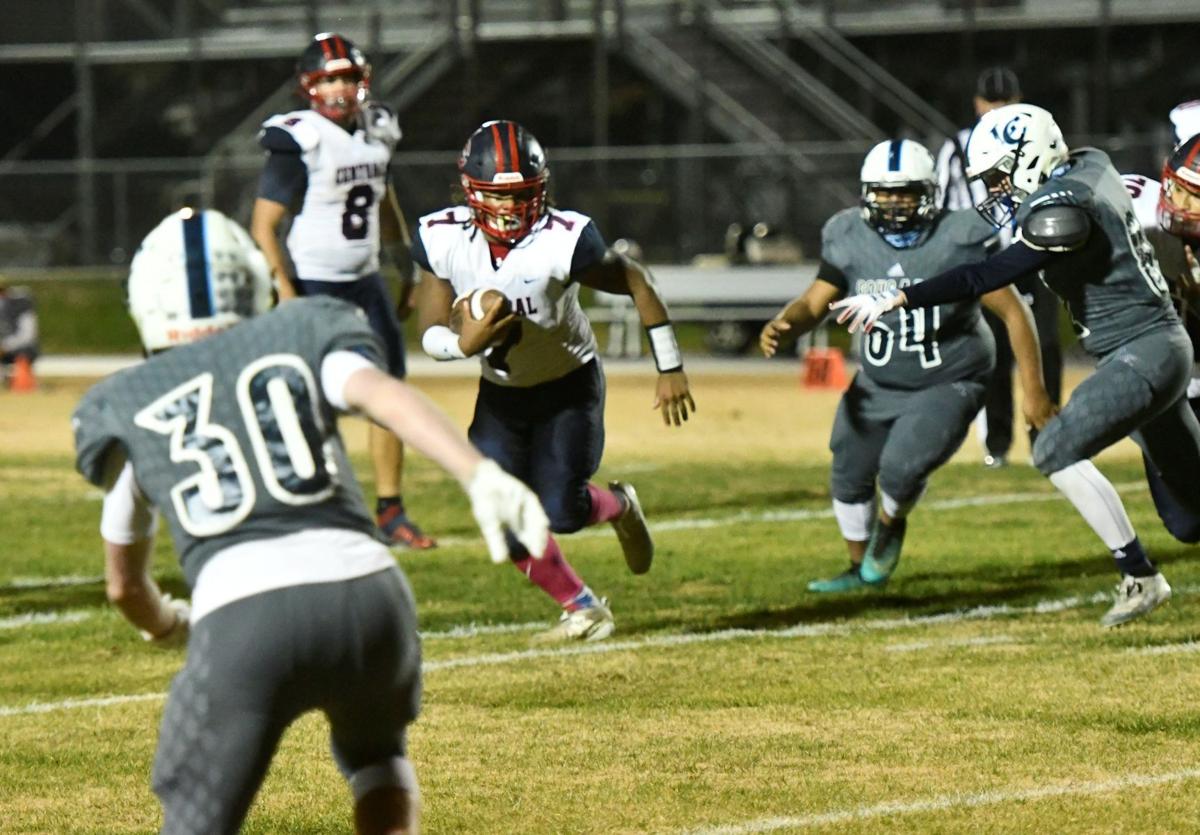 Jordan Jackson looks for a hole in the Logan County defense.

Adrian Stringer drops back in the pocket during Friday night’s loss in Logan County.

Jordan Jackson looks for a hole in the Logan County defense.

Adrian Stringer added 57 more passing yards to his career total as he ends his high school career as the program leader in the category for Hopkins County Central as the Storm lost in Russellville 50-30 to Logan County on Friday. Central ends their 2020 season with a 1-5 record.

“It’s a great accomplishment,” Stringer said. “It makes me proud to know that it’s something that I accomplished and all the hard work paid off. But in the end it’s just a stat.”

Central emphasized the running game as Jordan Jackson led the team with 128 yards on the ground with a touchdown while Stringer scrambled for 21 yards and a TD.

“We were wanting to put the ball on the ground a little bit more tonight,” Central head coach Chris Manning said. “We wanted to show them that we can control the line of scrimmage a little bit more.”

Stringer and his eight fellow seniors wrapped up a senior season unlike any other with COVID-19 causing issues at every turn along with some highs such as beating Madisonville North Hopkins for the first time in 17 years.

“We would go in one week thinking we were playing somebody and then it would change like six times and then end up that we’re not playing anybody at all,” Stringer said. “It was heart wrenching, it was a wild season, but I wouldn’t want to do it with another group of guys.”

The uncertainty was no different this week as the playoff picture was up in the air for two weeks, but come Friday, it was time to go to work against Logan County.

The Cougars got out to an early 14-0 lead in the first but then Jackson came up with a tipped pass in the endzone as Central cut the Logan lead to 14-8. After another Logan score, Jackson then ran it 56 yards to the house to make it a 20-14 Cougar game, but that’s all the points Central could manufacture in the first half as Logan County went into halftime with a 50-14 lead to start the running clock.

During the second quarter, Stringer completed a pass to senior Brian Hawkins around the 50-yard line that broke the program passing record.

Logan County thought they opened the second half with a touchdown, but a holding penalty brought it all the way back to the 45-yard line and Central eventually took over on downs. On that drive, Jackson took the Storm offense all the way down to the two-yard line and Stringer punched it in on a quarterback sneak for a Storm touchdown to make it 50-22 Logan.

Calil McNeary then picked it off for the Storm and Stringer found Jaden Campbell from 14 yards out for another Central touchdown to make it 50-30 Cougars in the fourth quarter.

“Obviously it wasn’t the way we wanted to go out,” Manning said. “But I am proud of the boys, they still fought hard and didn’t lie down and give up. We talked to them about playing this game with passion and with heart. We were able to shut them down on a couple of drives and get into the endzone a couple times to make a respectable score.”

While the Storm heads home for the rest of the postseason, Logan County will advance to take on Hopkinsville this coming Friday.