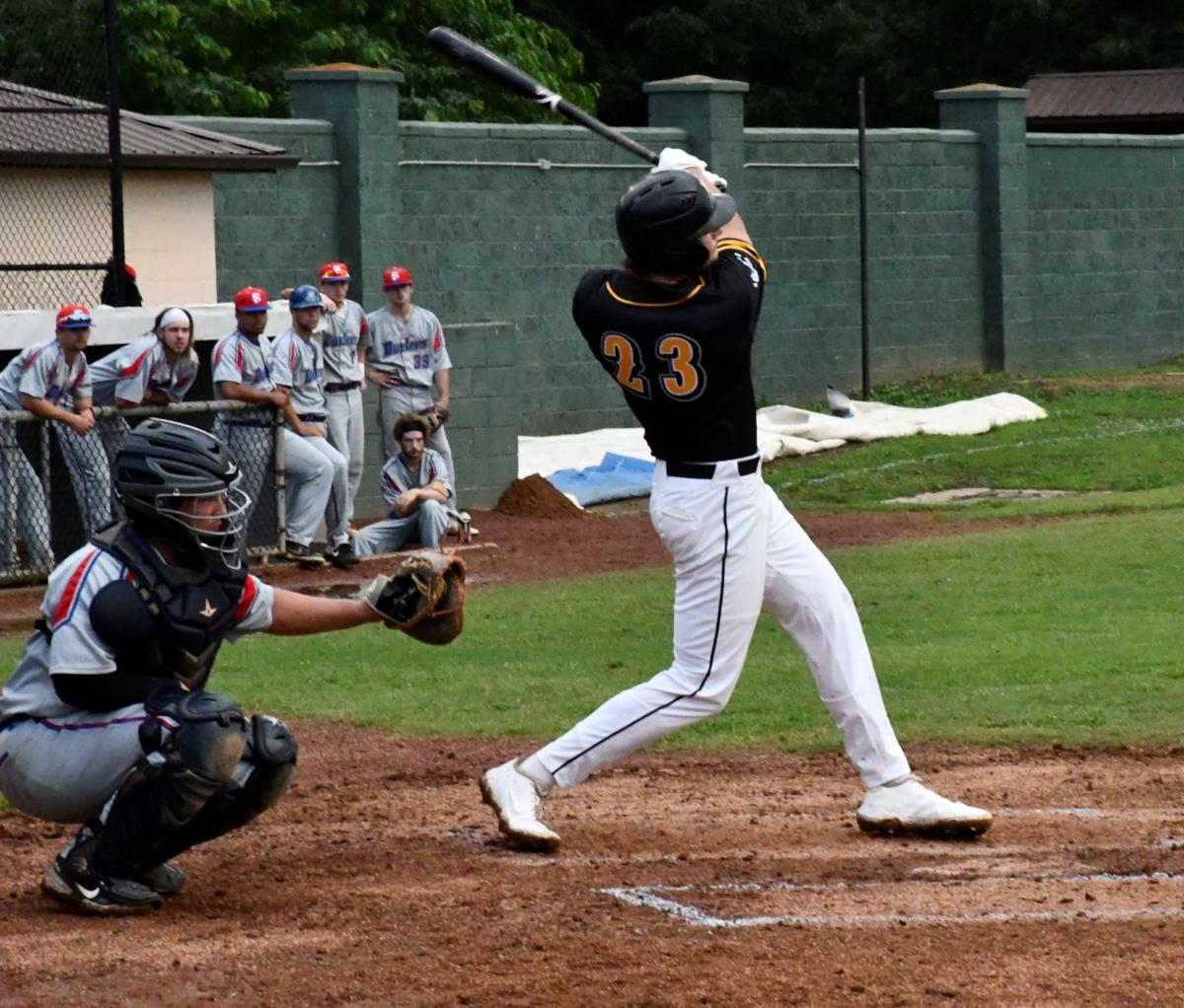 Above right: Freddie Reams hits a home run in the second inning of Thursday’s game against Franklin. Right: Calyn Halvorson slides into home during Thursday’s win over the Duelers. 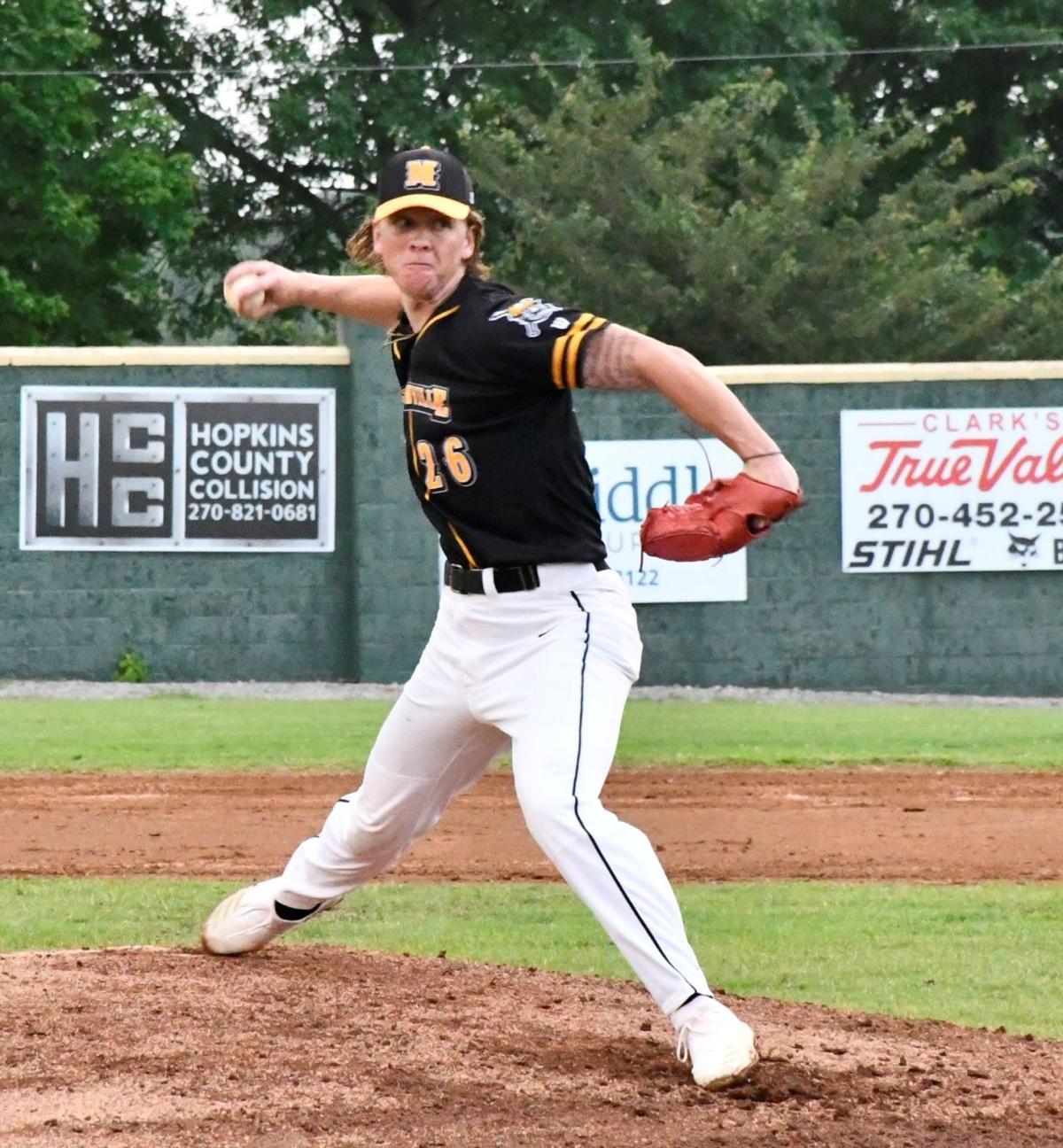 Ian Craigie goes to the plate during Thursday’s start against the Duelers.

Above right: Freddie Reams hits a home run in the second inning of Thursday’s game against Franklin. Right: Calyn Halvorson slides into home during Thursday’s win over the Duelers.

Ian Craigie goes to the plate during Thursday’s start against the Duelers.

After going winless in their first four games, the Madisonville Miners (2-4) found the win column twice with a two-game sweep over the Franklin Duelers. The Miners blew out the Duelers 16-4 in seven innings at Franklin on Wednesday and gave the home fans a treat on Thursday with a 14-4 win in eight innings.

Franklin got on the board first with a couple of runs in the second, but when the Miners came to the plate the bats woke up. Freddie Reams cut the Dueler lead in half with a solo shot to left to get the offense started for the Miners. After Brennen Hunt got on, he was able to stroll on home with a two-run big fly off the bat of Tyler Belcher to give Madisonville a 3-2 lead.

The Miners added two more in the fourth, but Franklin cut into their lead with a run in the fifth. The Duelers almost made it a one-run game, but right fielder Calyn Halvorson cut down Franklin’s Danny Garcia trying to extend a single into a double for the third out and prevented a run from scoring. The Duelers manager came out to argue saying that the run should count and was tossed by the home plate umpire.

Madisonville got into the dugout and put five runs on the board to open it up to a 10-3 ballgame after five innings and added one more in the sixth.

After Reed Latimer hit an RBI single, Madisonville ended the ballgame early as Halvorson hit a gapper to right-center with the bases loaded that plated two and ended the game in the eighth inning via the mercy rule.

Franklin added one more run in the seventh, but Madisonville kept them at bay to hang on for their second win of the young season.

The Miners will make a short trip out east for a 7 p.m. contest against the Muhlenberg County Stallions. Both teams will also play at Elmer Kelley Stadium on Saturday with first pitch at 6:30 p.m.