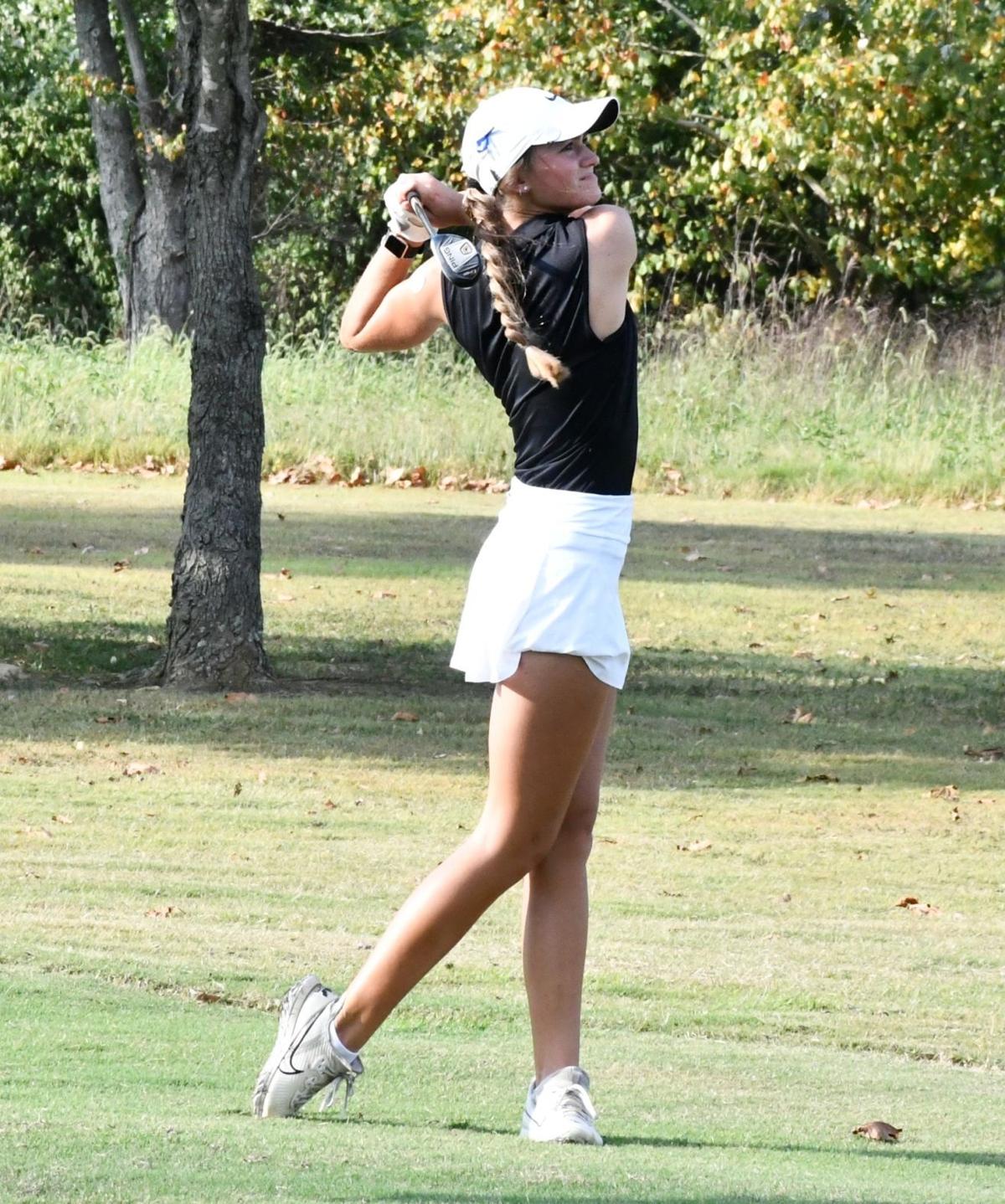 Kaitlyn Zieba hits from the fairway during Monday’s match at Madisonville Country Club. She finished tied for eighth in Bowling Green on Saturday. 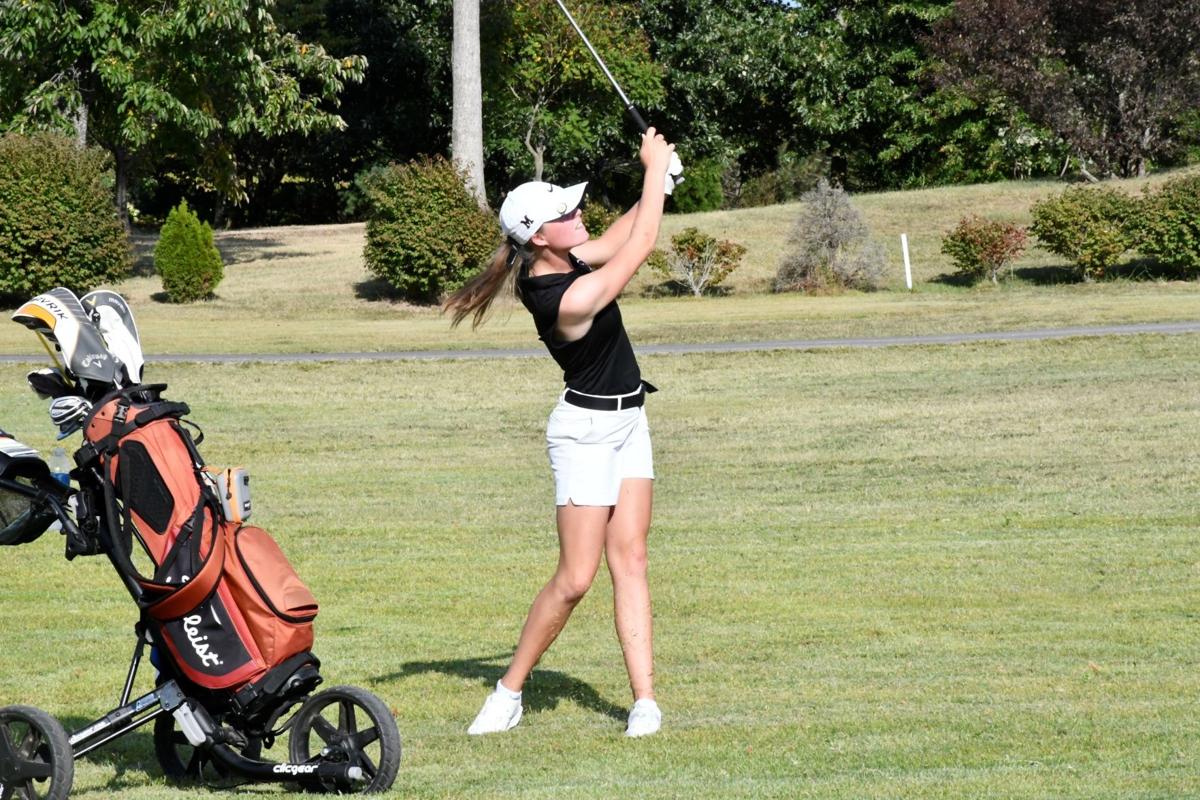 Kat Weir hits her approach shot to the green at Madisonville Country Club on Monday. 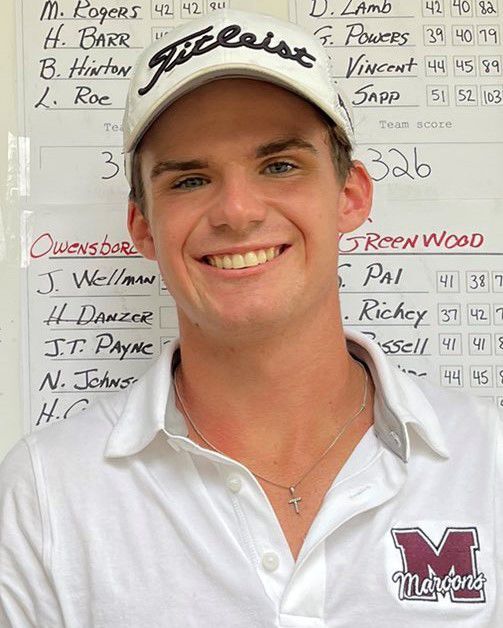 Kaitlyn Zieba hits from the fairway during Monday’s match at Madisonville Country Club. She finished tied for eighth in Bowling Green on Saturday.

Kat Weir hits her approach shot to the green at Madisonville Country Club on Monday.

The Madisonville North Hopkins girls golf program honored their two seniors on Monday and came out with a blowout win at Madisonville Country Club on Monday.

The Lady Maroons shot a score of 163, blowing away the field of Henderson County, Christian County and Union County. Henderson came in second with 212.

It was fitting that a senior was the medalist for North as Kaitlyn Zieba carded a 36 for her nine holes. Her classmate, Kat Weir, shot a 45.

“Kat and Kaitlyn are great players, but even better kids,” head coach Sam Westfall said. “It’s going to be sad to see them go. This is also my last year as coach and I told them that I was going to go out with them. They’re really good kids, hate to see them go, but it’s the way high school golf is.”

Karra Tucker was right behind Zieba with a 37 and Stella Knight matched Weir’s 45 to round out the counted scores for North. Sydney Browning finished her round with a 53 in the fifth spot.

Over the weekend, North sent both of their golf teams to the Bowling Green Invitational. The Lady Maroons finished third as a team with Zieba cracking the top 10 in a tie for eighth with a 79. She was four strokes behind the winner, Cathryn Brown from Lyon County.

“The greens were really fast there on Saturday,” Westfall said. “It was a good preview for the state tournament since it’s held at the same course and hopefully the greens aren’t as fast then.”

Behind Zieba, Weir shot 81 followed by Tucker’s 89 and Knight’s score of 90 gave North a team total of 339 — good enough for third place. Marshall County won the team title with a score of 317.

On the boys side, North finished 12th with a team total of 340. They were led by Jackson Hill’s 78 as he finished tied for 20th individually. Ben Dickerson shot an 82, followed by an 86 from Andrew Davis and Paul Harris was the last counted score for the Maroons with a 94.

Taylor County’s Luke Coyle was the medalist with a 68 and Madison Central was the team winner with a 302.