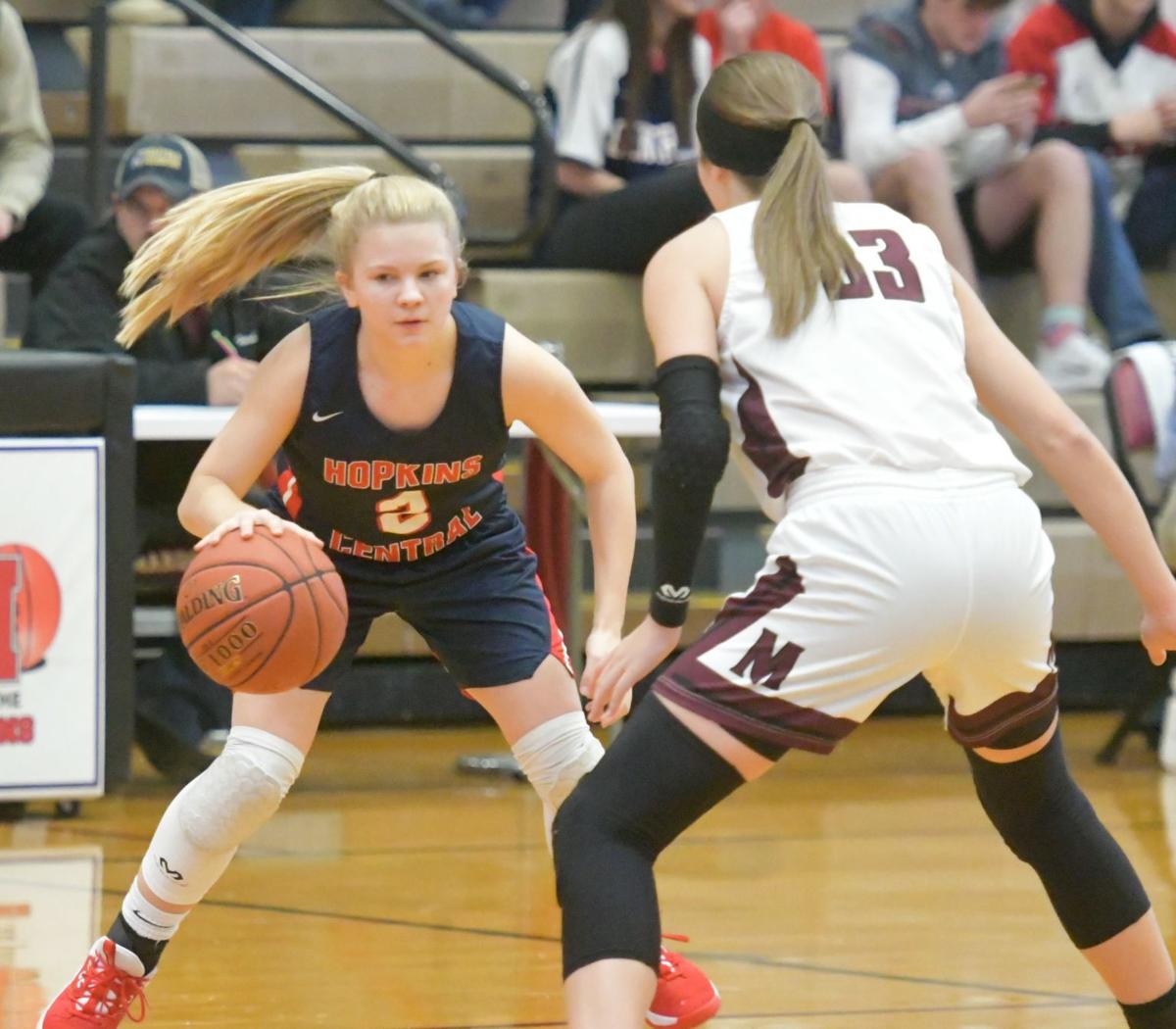 Central’s Madison Grigg tries to get past North’s Courtney Peyton on Friday night. 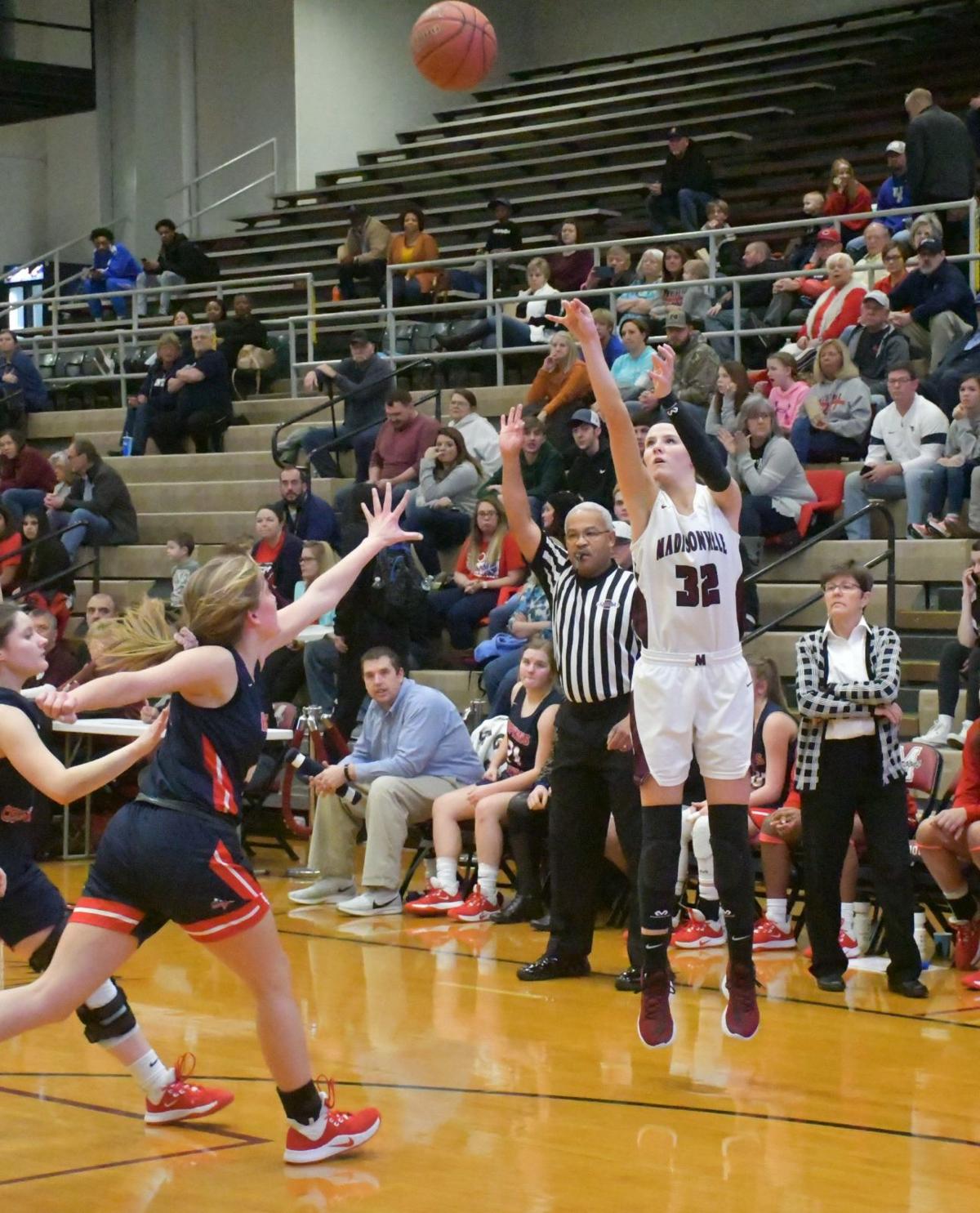 Central’s Madison Grigg tries to get past North’s Courtney Peyton on Friday night.

The Madisonville Lady Maroons played like a team on a mission Friday in front of the home folks on Homecoming night in a 57-19 dismantling of Hopkins Central.

North set the tone in the opening eight minutes as they had a 15-3 lead at the end of the first quarter. Central was held scoreless in the second and the Lady Maroons went into halftime up 44-3 behind the play of Courtney Peyton and Camryn LaGrange.

Central’s three points came from a 2-point bucket by Hallie Hollis and a free throw made by Mercy Sutton.

Since North’s lead was greater than 35 points at the half, the second half was played with a running clock.

“When we played at Central before Christmas, we were down and didn’t play good defense in the first half,” North head coach Jeff Duvall said. “We really focused on defense and let them commit turnovers instead of us trying to gamble stealing the ball.”

North led 51-15 going into the final quarter of action, and with the reserves in for North, the Lady Maroons were able to run out the clock as they coasted to the win.

LaGrange led the team with 19 points and Peyton ended her night with 14.

“(LaGrange and Peyton) have been shooting the ball really well,” Duvall said. “Tonight I saw the best decision making that Cam made all year when she gets in the lane to know when to take the shot or to dish it out. She had a great first half tonight.”

“They got in there and they played hard,” Duvall said of his bench players.

As for the Lady Storm, Emilie Jones hit double digits with 10 points.

Both teams will be off until Friday, Jan. 31 as North will host Calloway County at 7:30 p.m. and the Lady Storm will play Dawson Springs for Central’s Homecoming in the first game of a girls/boys doubleheader starting at 6 p.m.