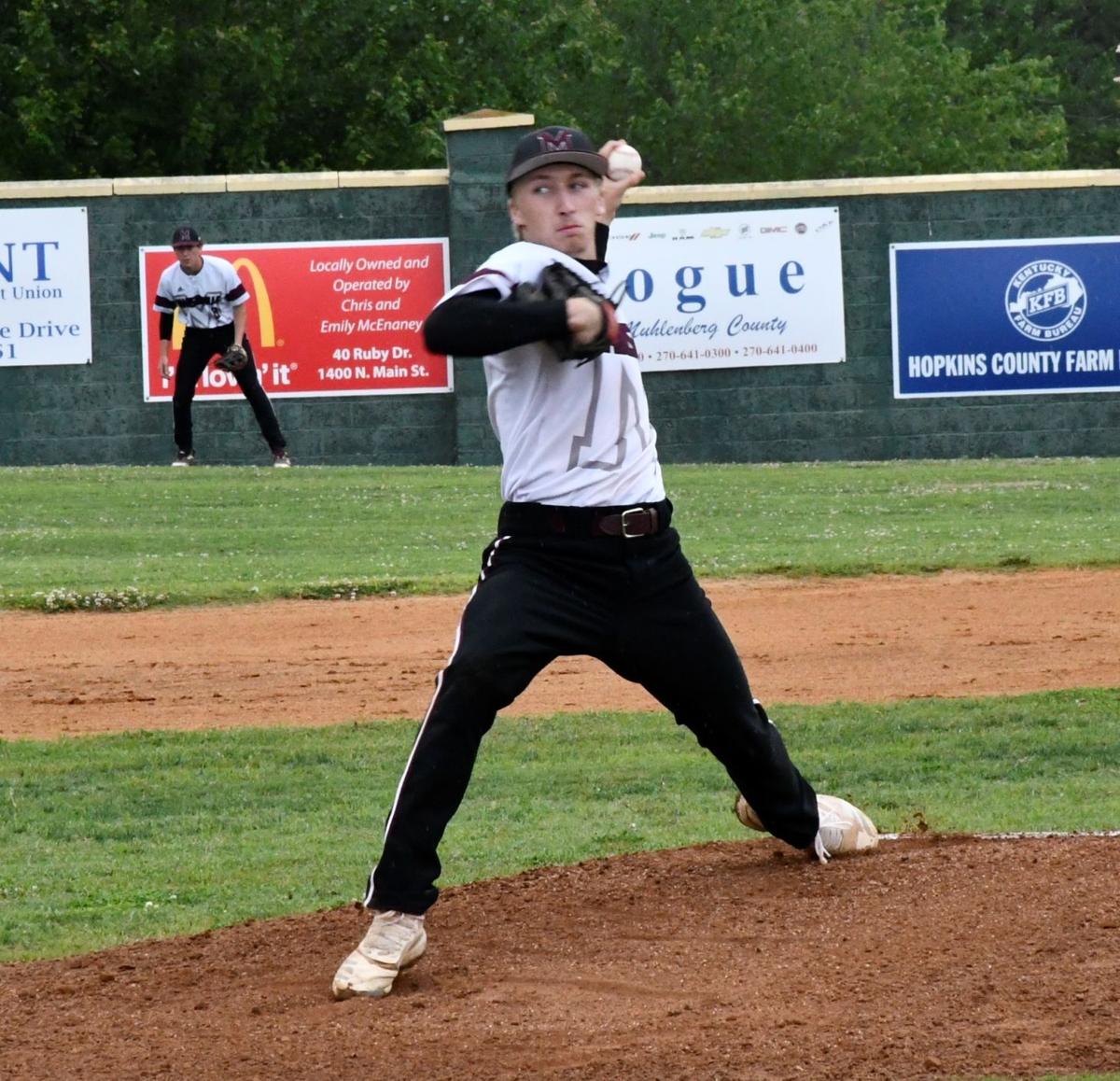 Jonathan Cain delivers a pitch in Tuesday’s loss to Caldwell County in the 7th District championship at Elmer Kelley Stadium. 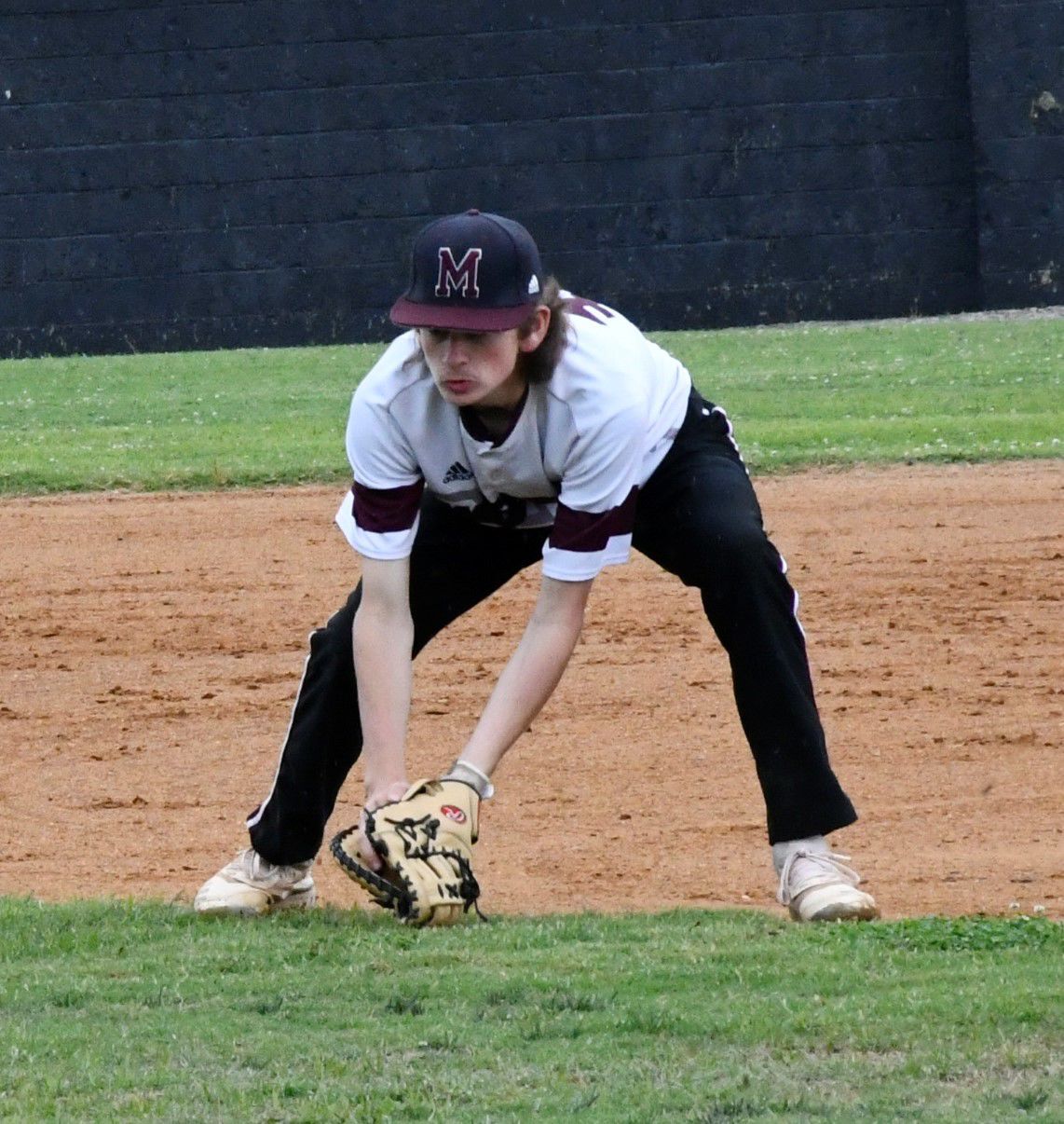 Jonathan Cain delivers a pitch in Tuesday’s loss to Caldwell County in the 7th District championship at Elmer Kelley Stadium.

The bats for Madisonville North’s baseball team seemed a bit waterlogged Tuesday as the rains poured at Elmer Kelley Stadium in a 5-0 loss to Caldwell County in the 7th District championship contest.

“We let them know after the game to keep their heads up,” head coach Alan Hall said. “They didn’t beat us, we beat ourselves. We have struggled with slow pitching all year long and that’s what got us (Tuesday).”

Madisonville was no-hit until the fifth inning when Xavier Martin broke up the bid with a single. However, North wasn’t able to get a run to cross the plate as they left seven runners on base.

On the mound, Hall gave the starting nod to left-hander Jonathan Cain. The southpaw gave up five earned runs on 11 hits, while picking up nine strikeouts over 6.1 innings pitched.

“Caldwell isn’t a bad hitting team,” Hall said. “They’ve got (Tate) VanHooser, who put a couple of good swings on the ball so we walked him intentionally just to keep his bat out of his hands. They’re not a bad team, I’m not going to take anything away from them. They came ready to play, and we didn’t.”

With Madisonville on the losing end of Monday’s contest, they’ll face a district champion in the first round of the 2nd Region Tournament.

The draw will be held over Zoom on Thursday and the tournament will get underway Saturday at University Heights Academy in Hopkinsville.