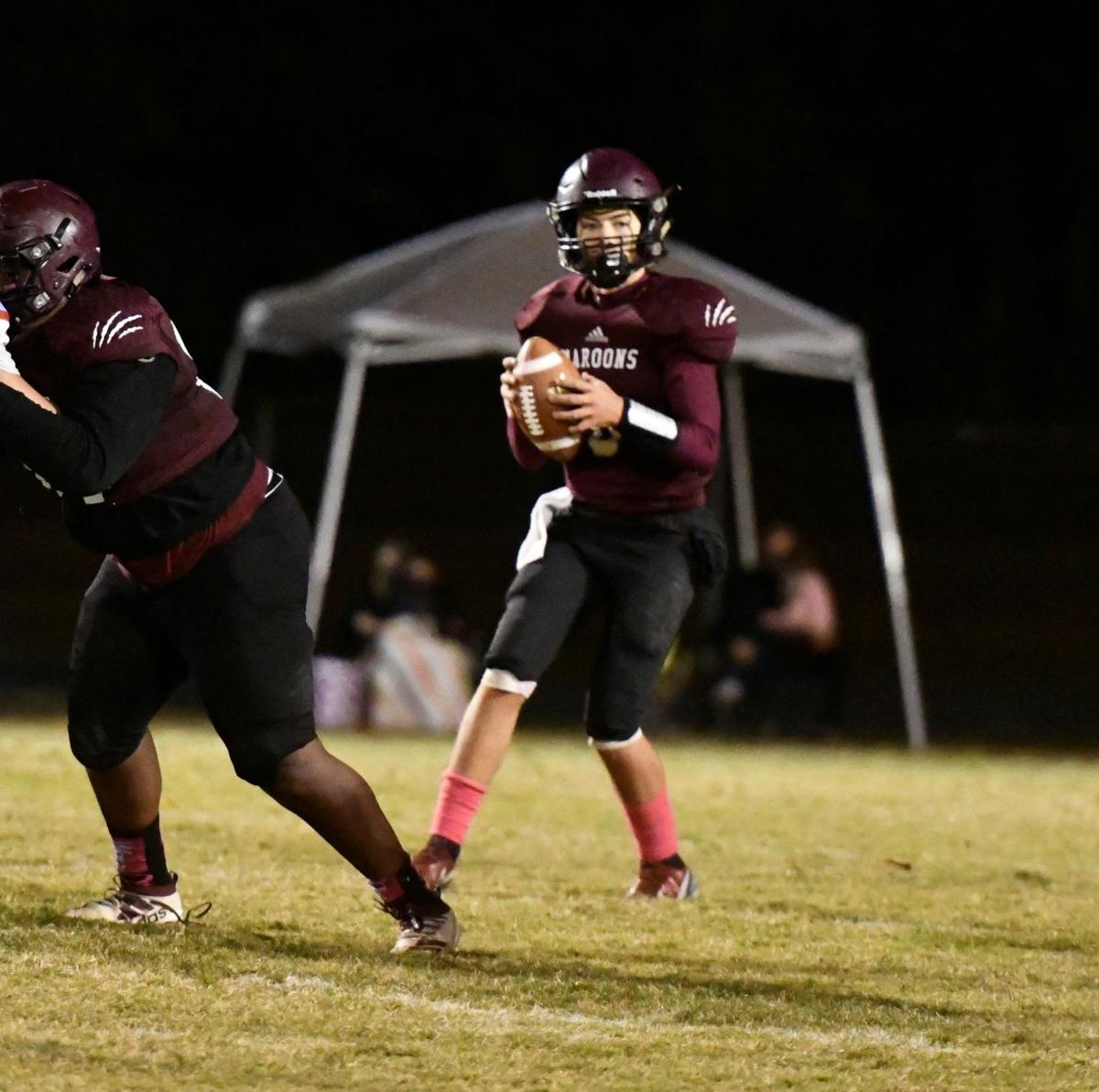 Ty Wheeler falls back into the pocket looking for someone to throw to during Friday night’s loss to Calloway. 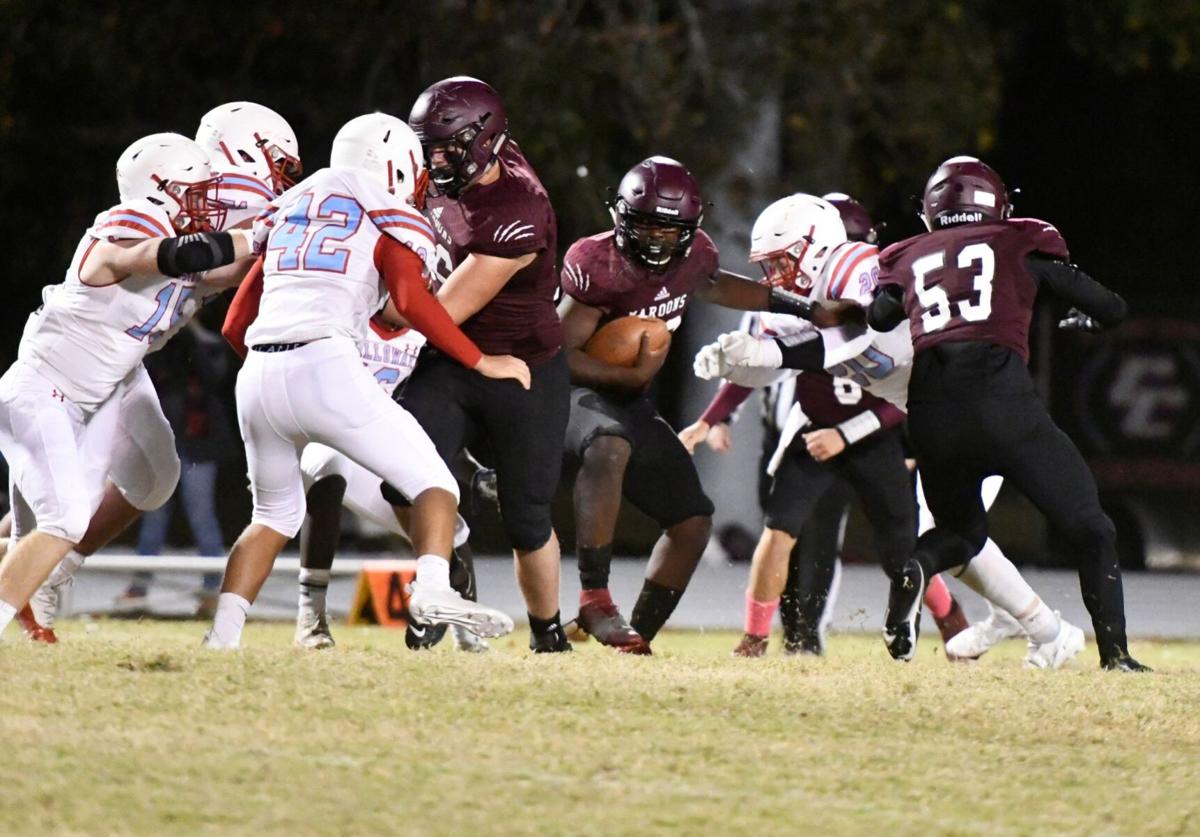 Ty Wheeler falls back into the pocket looking for someone to throw to during Friday night’s loss to Calloway.

Four interceptions proved to be too much for Madisonville North Hopkins to overcome in a 20-10 loss Friday night at home to Calloway County.

“It was a tough tonight,” head coach Jay Burgett said. “Ty (Wheeler) is going to have a tough weekend thinking about that. We’ve had Wyatt (Coleman) go down to injury and another guy go down, so Ty is the guy right now. He’s got to come in and improve, and I thought we improved tonight. Thought we ran the ball well like we’ve have been. Defensively, I thought we did better tonight, covering the pass well except for the short routes.”

North (1-3) was able to get out in front first as they settled for a field goal after getting inside the 10-yard line to go up 3-0 going into the second quarter. Then Wheeler threw his first pick of the game as he was picked off around the Calloway 15 and the ball brought back to the North 25. The Lakers eventually found the endzone to go up 7-3 with 8:07 remaining in the half.

On the next offensive drive, Burgett was wanting his offense to pick up the tempo and get to the line in a hurry so the Maroons could get the lead back before halftime.

“I’ve been pushing the hurry-up offense in practice,” Burgett said. “We didn’t have spring ball or the summer to work on things like that. Our offense doesn’t operate on a slow tempo. We’ve still got people learning what to do.”

However, Wheeler gave up a pick-six during the drive and the Lakers took a 13-3 lead with 3:36 until halftime. Wheeler was picked off for a third time in the first half, but no points came out of it as Calloway went into the locker room with a 10-point lead.

Things started to look up for North as Dustin Cheirs took the opening kick of the second half to the Laker 38-yard line and Chris Price found the endzone from 25-yards out to put the Maroons to within a field goal of the lead at 13-10.

“I was just trying to run it hard,” Price said. “I knew my team needed a touchdown there, and I tried to give it to them.”

On the following offensive drive for North, Wheeler threw his fourth interception and the Lakers found the endzone from 43 yards out to make it a two score game at 20-10.

A scary moment for the Maroons happened in the closing stages of the game as Wheeler was hit in the backfield forcing his helmet off. He was taken to the sideline to get checked out as Zach Carl and Lajuan MacAdoo took over the play calling for the final Maroon drive.

North will be back home Friday as they’ll try to right the ship against Caldwell County. Kickoff will be at 7 p.m.