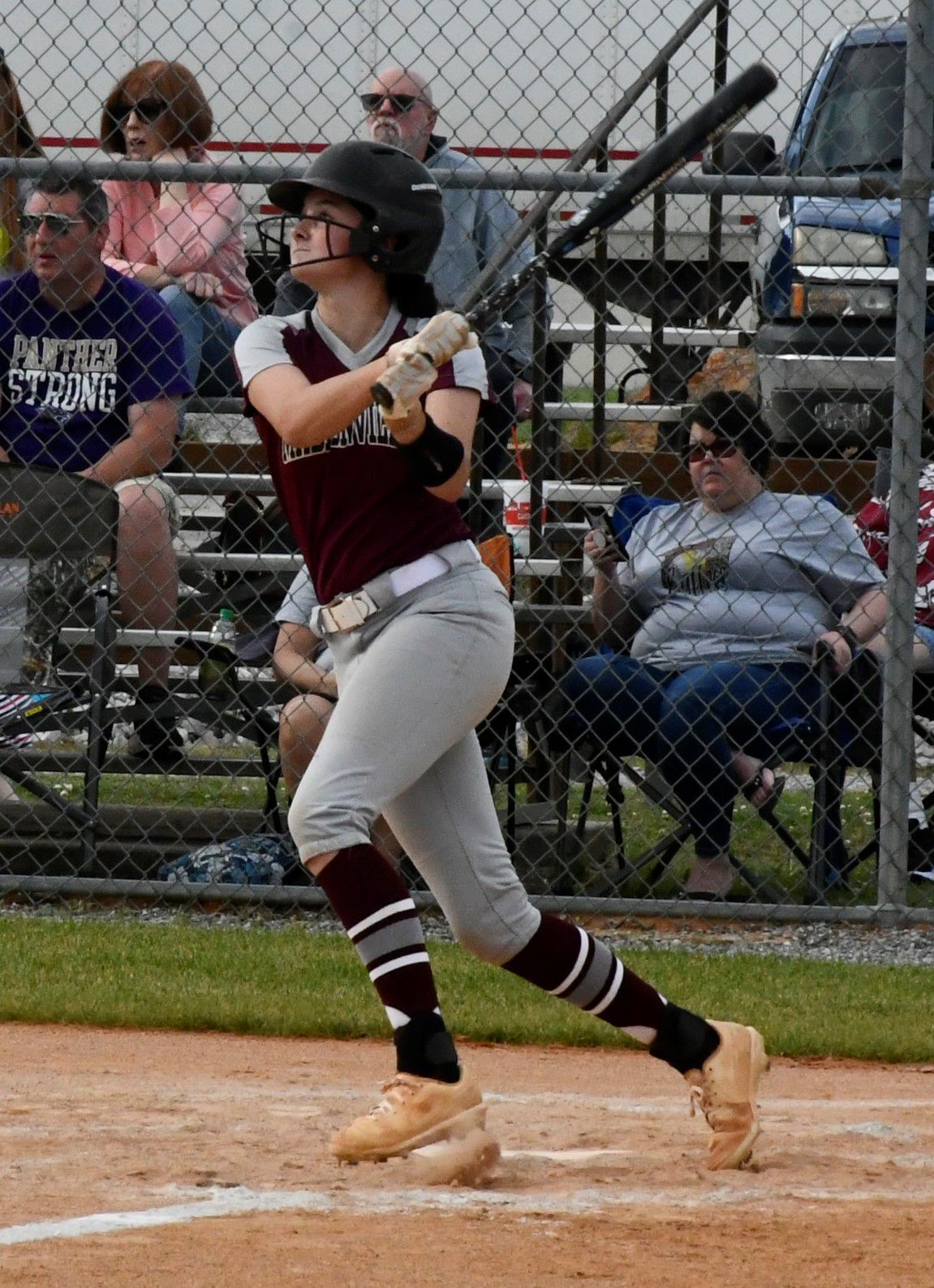 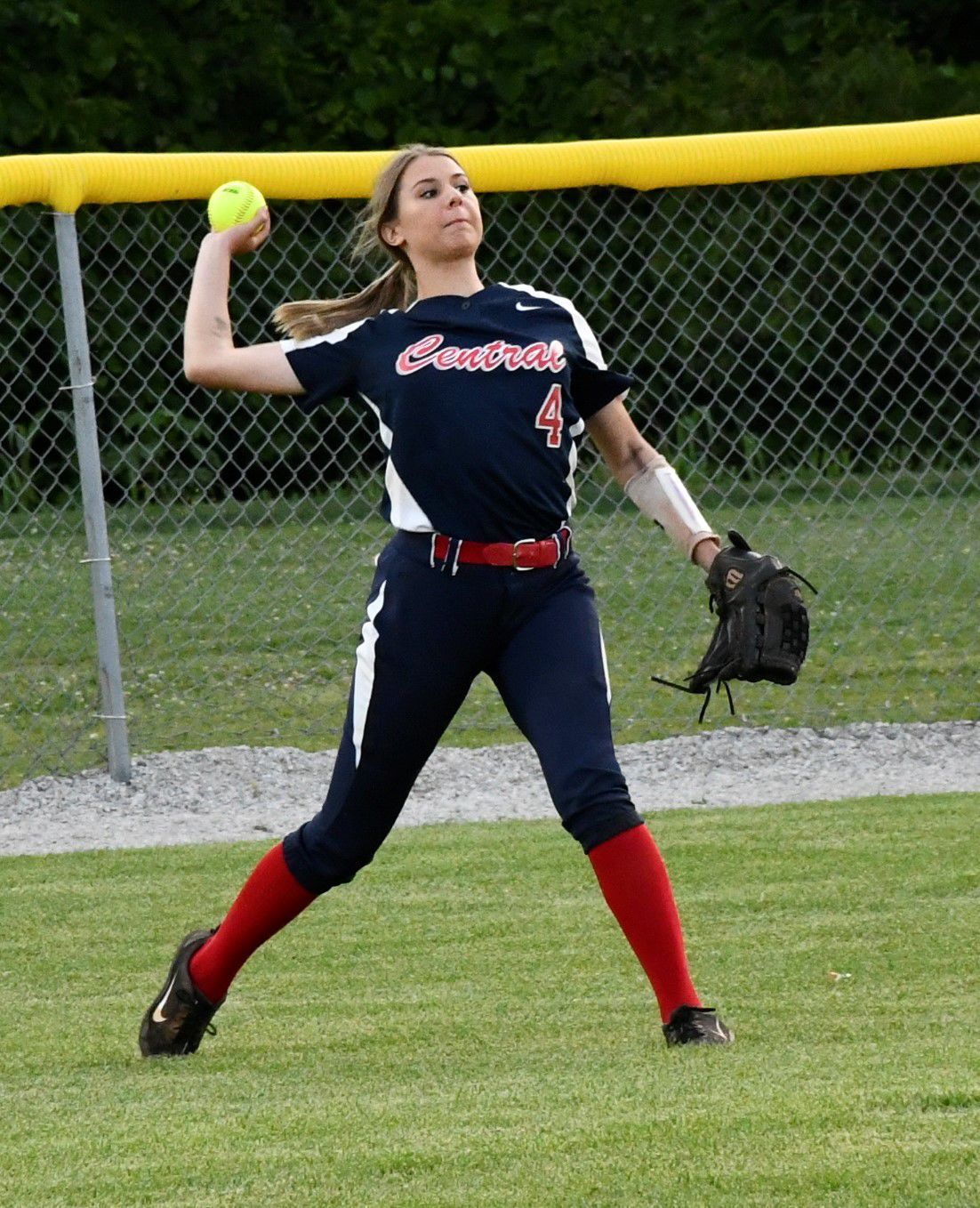 Above left: Baylen Young makes a throw from centerfield during Monday’s loss to Caldwell County in Princeton. Above right: Brenna Sherman watches her home run fly during the second inning of Monday’s win over Dawson Springs.

Above left: Baylen Young makes a throw from centerfield during Monday’s loss to Caldwell County in Princeton. Above right: Brenna Sherman watches her home run fly during the second inning of Monday’s win over Dawson Springs.

Madisonville North Hopkins and Caldwell County cruised to the 7th District finals as North no-hit Dawson Springs 17-0 in four innings, while the Lady Tigers sent Hopkins County Central home with a 12-2 loss in five innings in Princeton on Monday.

The Lady Maroons were firing on all cylinders with the bats in the first game as they recorded 17 hits, including a couple of homers off the bats of Brenna Sherman to lead off the second inning and Paige Patterson, who hit a three-run shot to end the game early in the fourth.

Haleigh Perdue threw four innings and picked up six strikeouts as she earned the win.

“These girls know that anything can happen and they need to come ready to fight,” North head coach Whitney Barber said.

“It’s postseason now and they can’t take anybody for granted. They know that they’ll have to work their tails off from here on out.”

In the nightcap, Central was held to only four hits in the loss to Caldwell County.

The Lady Storm were able to avoid the shutout in the third inning thanks to some heads up baserunning by Emmaleigh Crook. Baylen Young added a solo home run to lead off the fourth frame.

Hallie Hollis was given the ball to start and went 4.2 innings, giving up five earned runs on eight hits.

The 7th District championship game will be played at 5 p.m. tonight in Princeton.