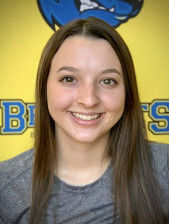 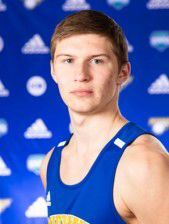 A number of former Hopkins County athletes are currently making their mark at the college level.

This past week, Madisonville North Hopkins alum and current No. 5 Alabama infielder Kaylee Tow was named SEC Player of the Week for softball while her former teammate Mallory Peyton has been the sparkplug for No. 12 Kentucky’s hot start to the season.

Track and field also started their college season and Hopkins Central and Dawson Springs graduates are already excelling in their events.

This past week, Tow collected 11 hits, drove in nine RBI’s and scored seven runs over four games for the Crimson Tide.

She had three-hit games in Friday’s 6-3 win against Liberty and in both of Bama’s wins over LSU this past weekend. Tow had a career-high five RBI’s in Sunday’s 13-5 win over the Tigers.

In Lexington, UK has surpassed the 2015 Auburn Tigers with the most runs scored over nine games in SEC history with 107. Peyton scored 12 of those runs, had 13 RBI’s and three home runs during that stretch.

Peyton had her best game of the season so far in Saturday’s 20-1 win over North Carolina Central as she went 4-for-4 with four RBI’s and scored three runs for the Lady Cats.

Central alum and current freshman at Brescia Abi Burgett broke the school-record for the 60 meter dash by clocking a time of 8.49 seconds at the RSC Indoor Championship on Sunday. The previous record was held by Madison Hopkins at 8.51 seconds.