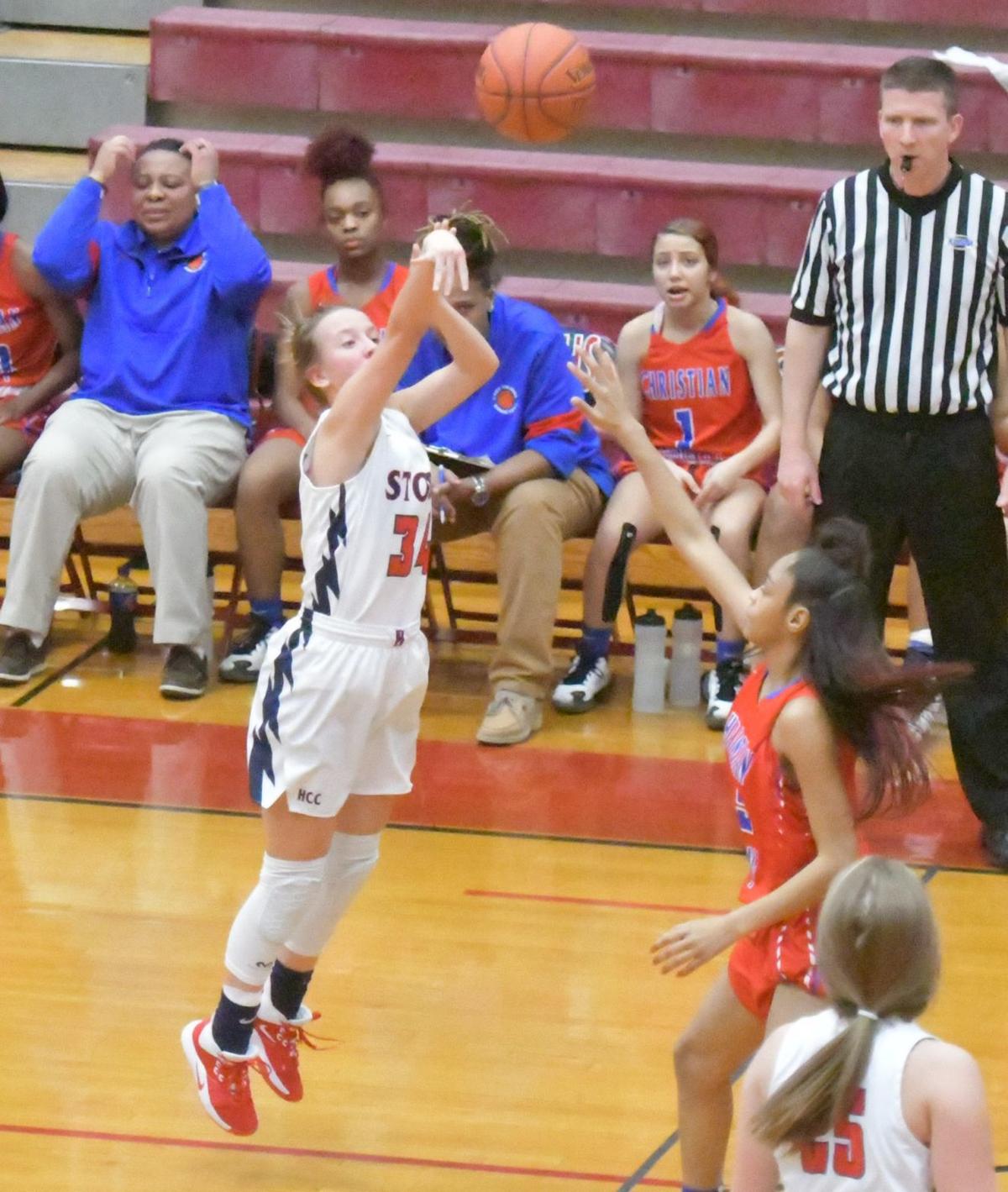 Keri Reynolds lets it go from beyond the arc during Friday night’s action. 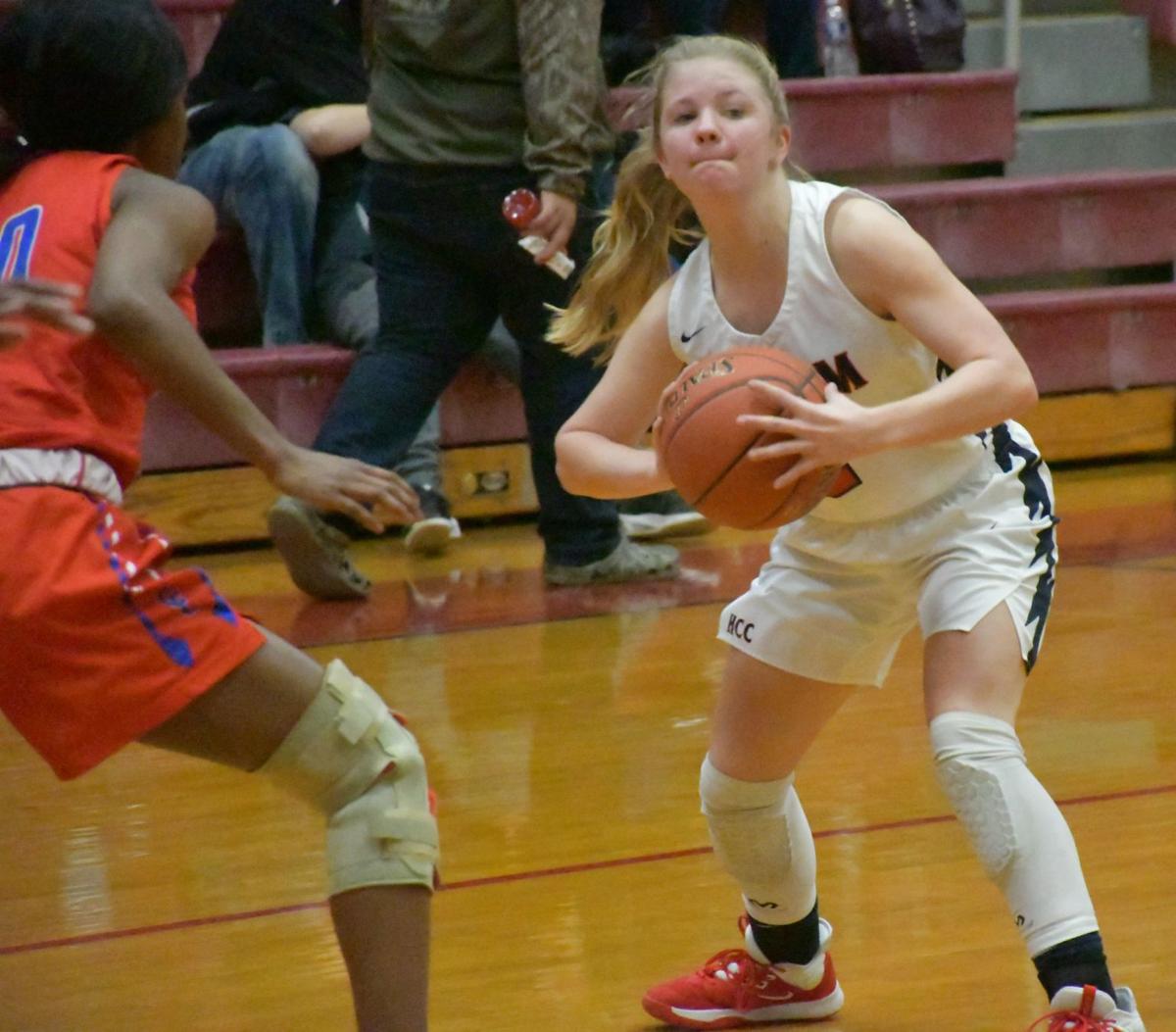 Madison Grigg passes it off to a teammate during Friday night’s game against Christian County.

Keri Reynolds lets it go from beyond the arc during Friday night’s action.

Madison Grigg passes it off to a teammate during Friday night’s game against Christian County.

Christian County tried to make a fourth quarter comeback, but it wasn’t enough as Hopkins County Central earned their seventh win of the year, 54-48. The Lady Storm snapped a three-game losing streak with the win on Friday on their home court.

Central got off to a strong start with an 11-0 run in the first 5:30 of play. They went into the second quarter with a 15-8 lead over the Lady Colonels.

Christian started to close the gap as they made it 19-15 Central with four minutes until halftime, but Central went on a 8-3 run to go into the break up 27-18.

Central continued their success on offense in the second half with a 11-3 run in the first 4:30 of action. During that stretch, the players on the floor were getting a little banged up with Jaleah Bowman taking the ball off her nose as a Lady Colonel tried to save it from going out of bounds, Emilie Jones scraped her wrist going after a loose ball and a Christian County player got poked in the eye by accident.

By the time the buzzer sounded to end the third quarter, Central had a 20-point lead, 44-24.

In the opening seconds of the fourth, there was a scramble for a loose ball and Lady Storm head coach Nancy Oldham called for a timeout while Central still had possession, while Christian County’s coach wanted a jump ball to be called. Oldham was granted the timeout and the Lady Colonel coach gave the officials a mild argument during the break.

The Lady Colonels got on a 13-3 run to make it a 10-point game, 47-37 Central with 4:26 remaining in the fourth. Oldham decided to take a timeout to regroup with her team.

Christian brought the lead down to four with Central leading 49-45 with 1:18 left to play. But Central was able to hang on for the win.

Madison Grigg led the scoring for Central with 17 points and Keli Reynolds had 11 points with eight of her points coming in the first quarter. Grigg was eight for nine from the free throw line in the second half.

Central will be back in action today as they host Webster County at 6:30 p.m.