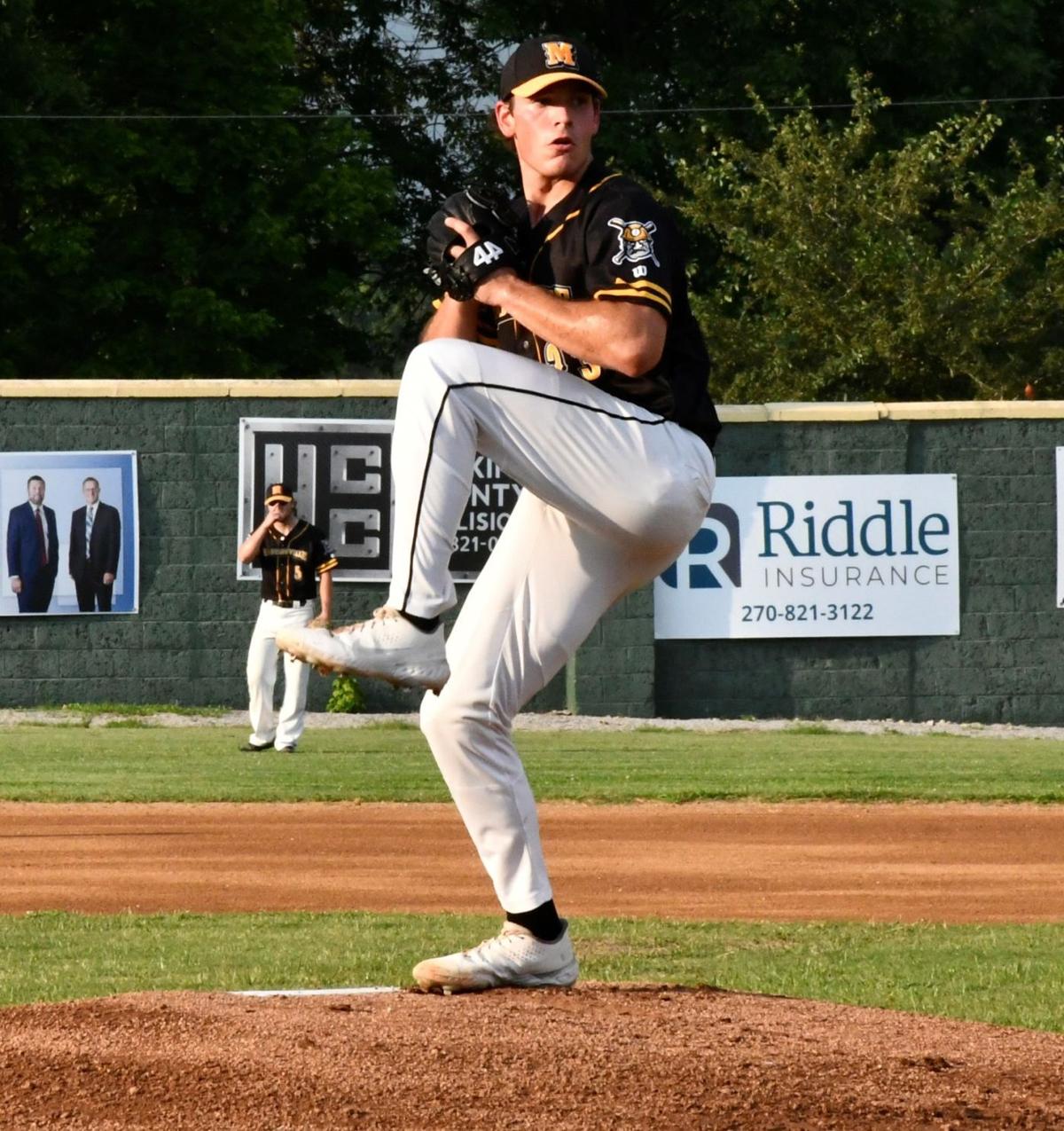 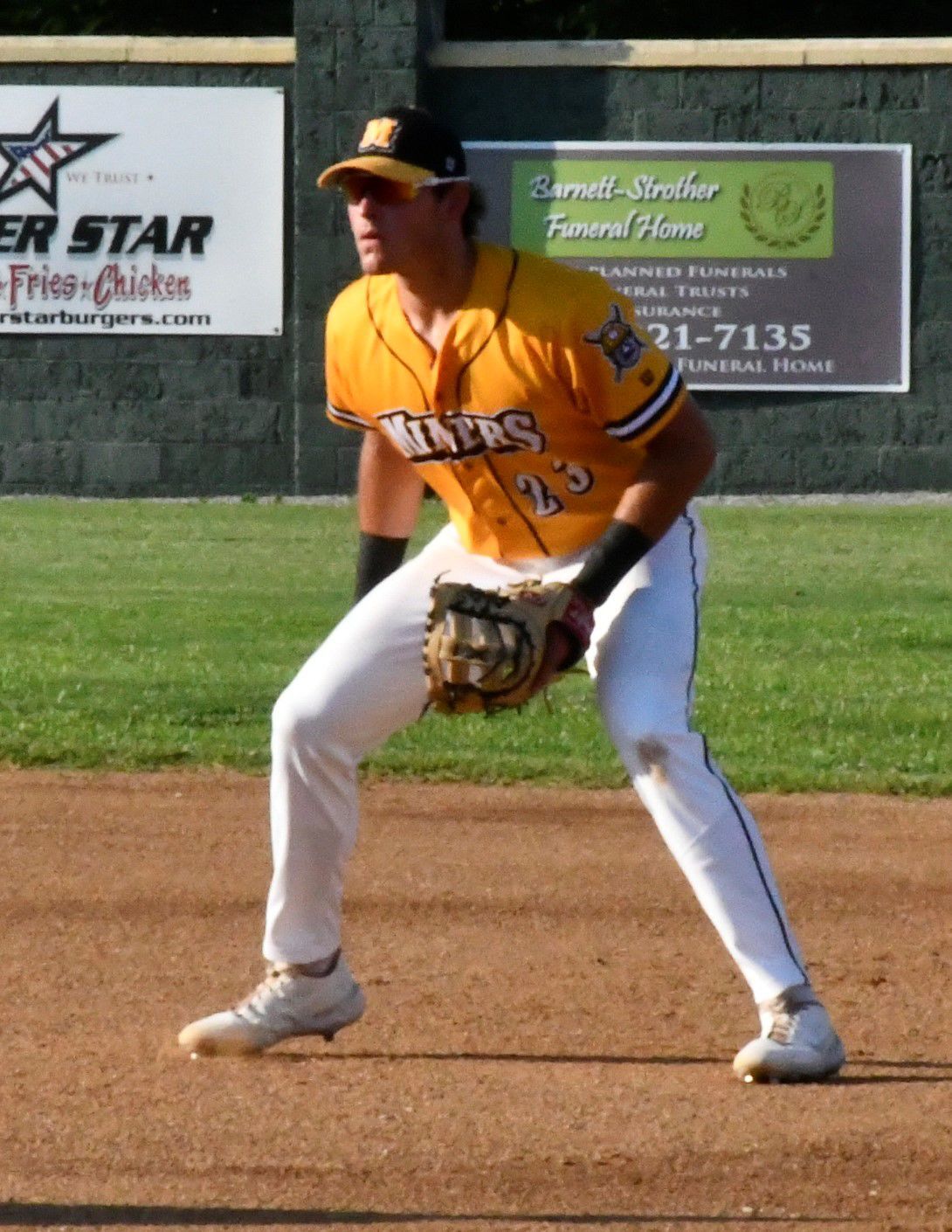 Freddie Reams makes a start at first base during the Miners' home game against Henderson on Sunday. 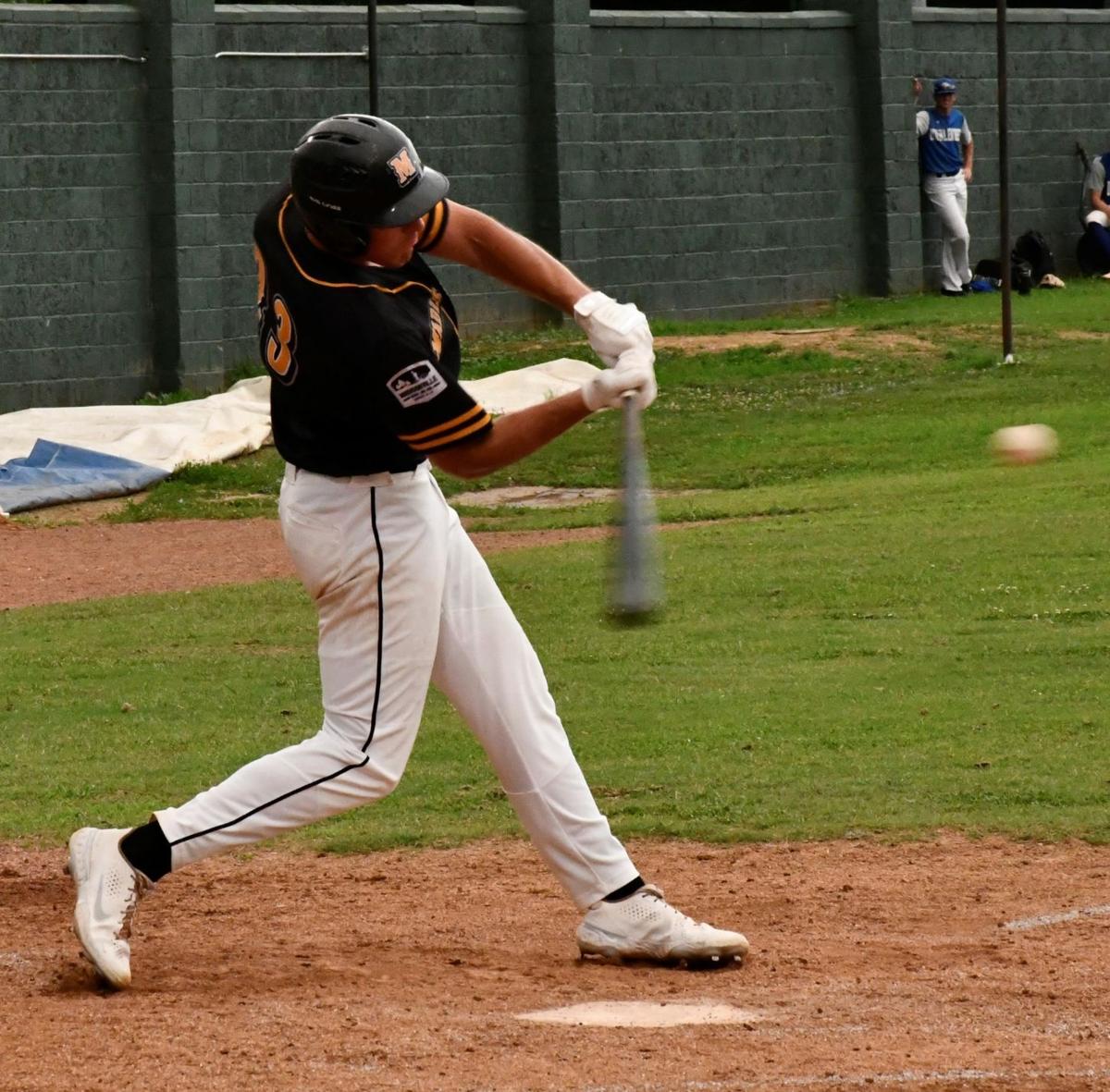 Freddie Reams puts a good swing on one during Madisonville’s game against Muhlenberg on Saturday.

Freddie Reams makes a start at first base during the Miners' home game against Henderson on Sunday.

Freddie Reams puts a good swing on one during Madisonville’s game against Muhlenberg on Saturday.

A rarity in baseball until a few years ago, the Miners have a two-way threat on their roster this year with the freshman out of the University of Charleston, Freddie Reams.

Not only can Reams hit for power, he can also take the mound for the Miners. Being a hitter and a pitcher can be two full-time jobs once players graduate from high school, but Reams has been able to balance out the workload between the batting cage and the bullpen.

“I just try to spread out my day,” Reams said. “Whether it’s lifting or whatever, I just find the time in the day to get in the cage and hit and throw off the mound.”

In the batter’s box, Reams has been a run producing machine with four home runs on the year — tied for first in the league — and 13 RBI’s in seven games played. He also had the rare feat of hitting two grand slams in one game while driving in nine RBI’s in the Miners’ 16-4 win at Franklin on June 9.

Despite his offensive production this summer, he didn’t hit at all during the college season this past spring.

“I was a (pitcher only) this season,” Reams said. “My approach so far this summer has been letting the ball get to me instead of going out and getting it and it’s been working for me so far. I’ve always been a two-way my whole life, so it’s not that big of an adjustment physically, but it’s more of mentally becoming a hitter when I step into the box.”

On the pitching side of things, Reams made four appearances in relief for Charleston in the spring giving up only one hit while racking up six strikeouts in 3.2 innings pitched.

So far for the Miners, Reams only has one official appearance on the bump, which was a start at Paducah on June 7 when he went five innings giving up two earned runs on four hits with three strikeouts. The Miners lost that game to the Chiefs 5-1. He also started against Muhlenberg County on Saturday, but that game is currently suspended and will be finished on Wednesday.

Aside from pitching, Reams has also made starts at first base and as the designated hitter for head coach Josh Merrill.

“(Reams) has done really well for us so far,” Merrill said. “He’s one of those guys that I want in the lineup because I know he can change the game with one swing of the bat. I love everything I’m seeing with him swinging the bat.”

A two-way player that hits for power like Reams was rarely seen in levels above high school baseball since the days of Babe Ruth until Japanese import Shohei Ohtani burst onto the scene with the Los Angeles Angels in 2018.

“Ohtani is definitely a guy I get compared with and someone I can look up to,” Reams said.

Reams has also been adjusting to the small-town feel of Madisonville.

“It’s not quite like Atlanta where I’m from,” Reams said. “But wherever the baseball is, that’s where it’ll take me. My host is Terra Edwards and I’m rooming with Justin Ramirez and Travvis Ferguson, so I’ve got a good balance with a hitter and a pitcher as roommates. We’ve been hanging out and playing a lot of MLB The Show.”

Fans can catch Reams in action today as the Miners host the Fulton Railroaders at 6:30 p.m.