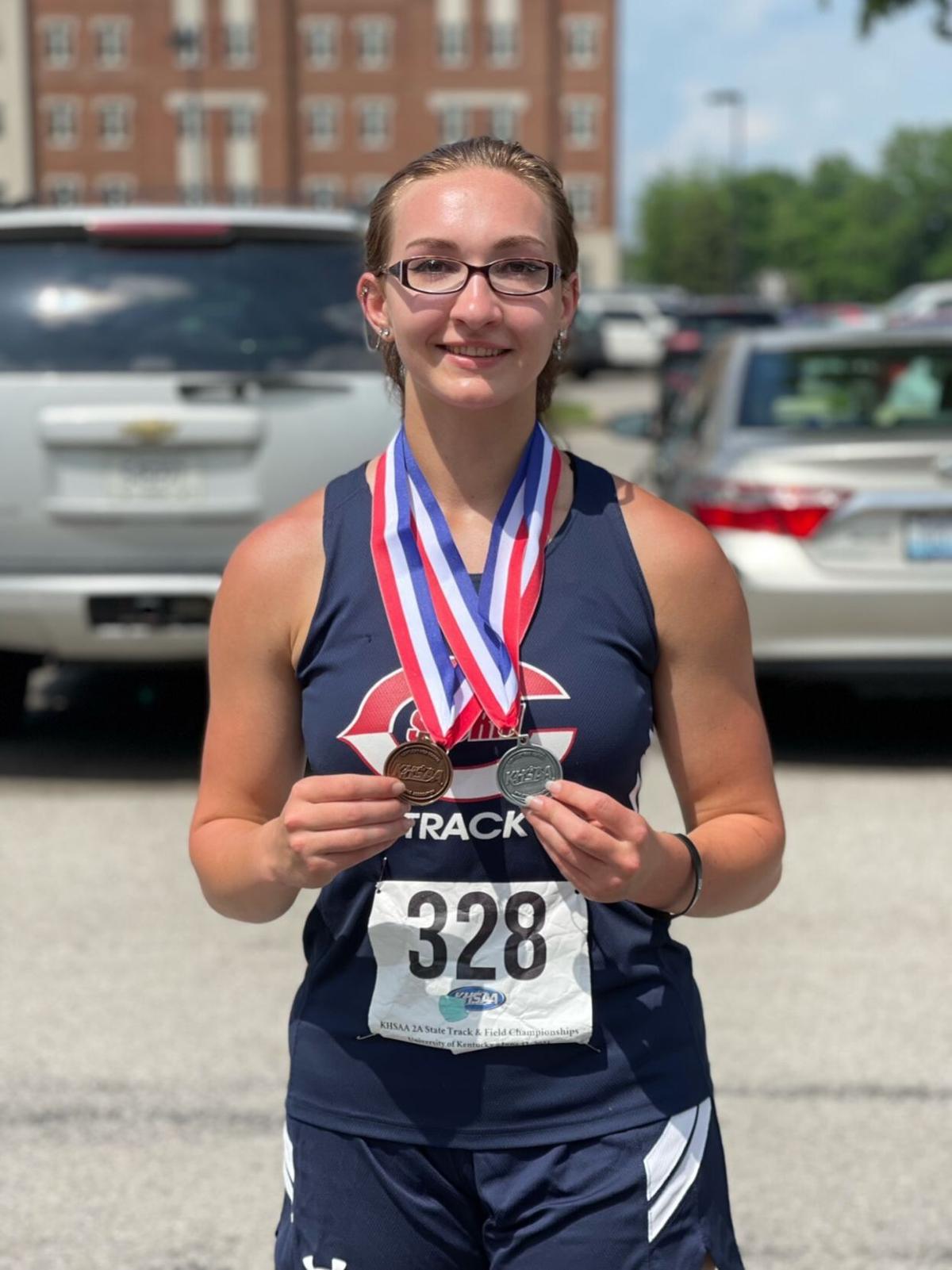 Hopkins Central’s Sarah Keown poses with her second and fourth place medals after the KHSAA Class 2A State Track Meet in Lexington over the weekend. 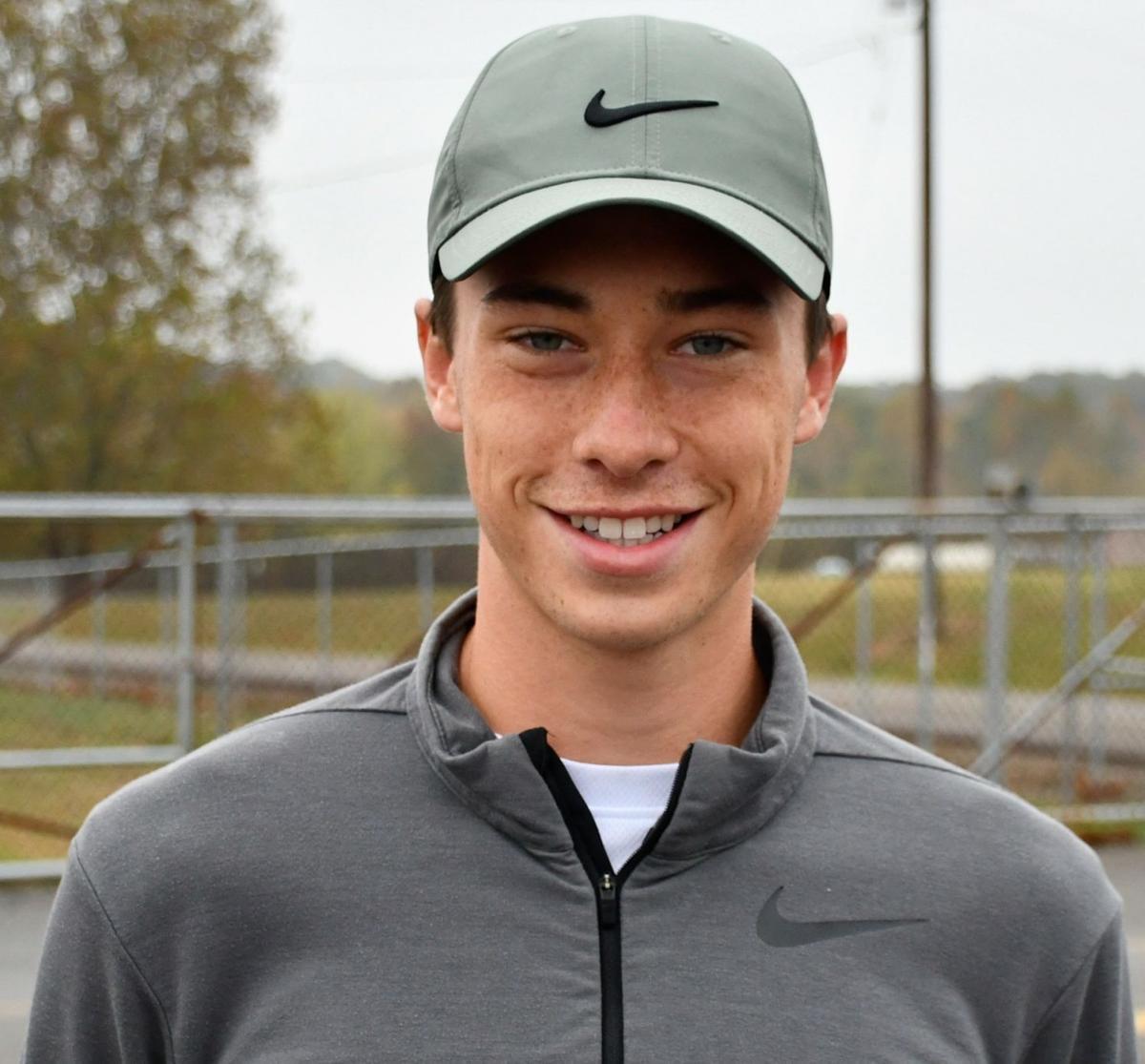 Hopkins County Central and Madisonville North Hopkins had a few athletes in Lexington for the KHSAA State Track Meet over the weekend and Central’s Sarah Keown took home some silver in the Class 2A discus event.

Keown threw 104 feet on her fist attempt, but it was six feet short of the winner from Ashland Blazer. She also finished fourth in the shot put event with a throw of 33 feet, eight inches in her second attempt- just a little over two feet short of the gold medalist from Franklin County.

In the boys shot put, Central’s Kaden Groves had a throw of 42 feet, 11 inches which put him in 12th place. The winner from Boyle County threw it 53 feet, 11 inches.

In the Class 3A meet, Madisonville’s Jackson Watts followed up his state championship run in cross country last fall with a second place finish in the 1,600 meter run with a time of 4:17.07- just two seconds behind the state champion from Xavier.